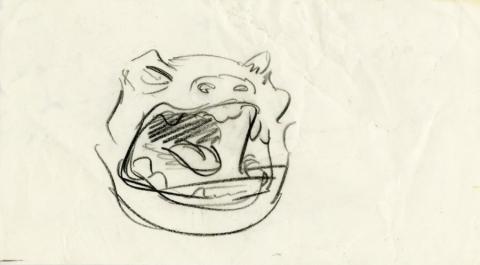 An original storyboard drawing from the Walt Disney Studios animated film Mulan (1998). Featuring a proposed sequence with one of Shan Yu's villainous Han soldiers, the storyboard drawing was created at the studio by renowned story artist Chris Sanders and used during the animation process. Measuring 5.5"x10" overall with the character image measuring 4"x4", the drawing is in very good condition with wrinkling and creasing throughout.