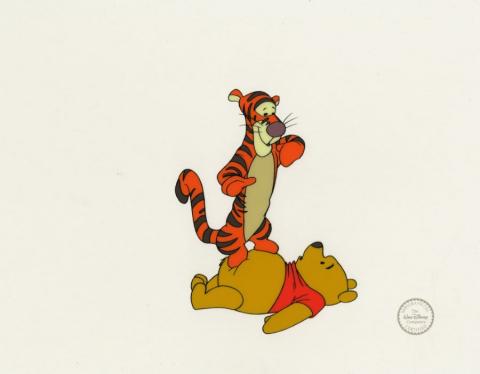 An original limited edition sericel inspired by the Walt Disney Studios animated film Winnie the Pooh and Tigger Too (1974). Featuring Tigger standing on Winnie's belly, the piece is a recreation of a frame that appears in the original cartoon. The sericel was produced in an edition of 2,500 pieces in 1990. Measuring 11"x14" overall and with the character image measuring 7.5"x6", the sericel is in very good condition with very light scratching to the surface of the cel.