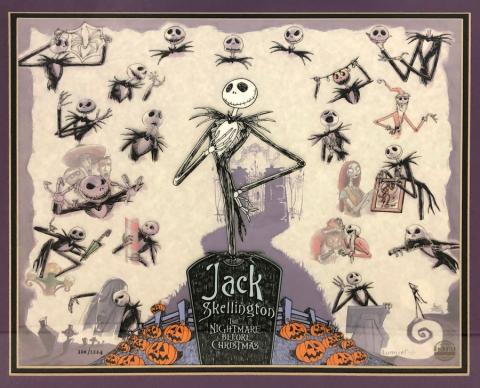 A framed limited edition Animated Animations featuring artwork inspired by the Walt Disney Studios animated film The Nightmare Before Christmas (1993). Featuring various poses of Jack Skellington, the piece is based on original drawings done during the development of the film and is from an edition of 1,224 pieces. The piece was designed to light up and play music when plugged in, but unfortunately no longer works. However, it does present wonderfully as is. Measuring 23.5"x25.5" overall and with the main character image measuring 14"x16", the piece is in very good condition.