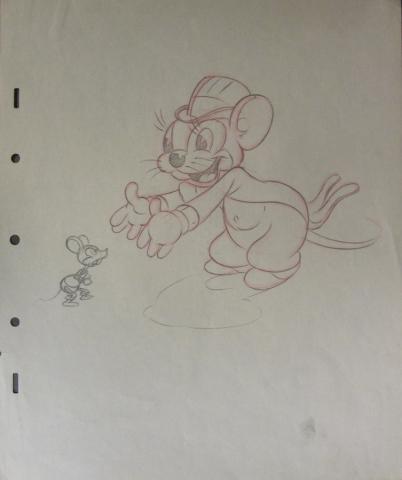 A rough story sketch from the Walt Disney Studios animated film The Country Cousin (1936). Featuring Monty Citymouse reaching towards a much smaller mouse, the production drawing was created at the studio and used during the animation process, although the specific imagery does not appear in the final film. Measuring 12"x10" overall, and with an image measuring 6.25"x8.5", the production drawing is in very good condition.