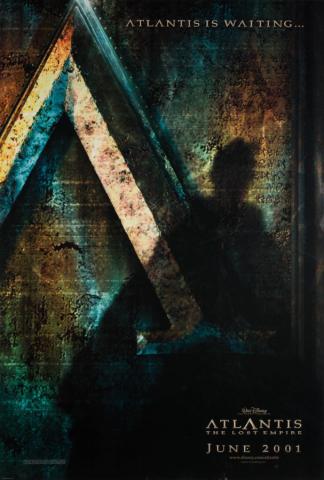 A one sheet poster for the Walt Disney Studios animated film Atlantis: The Lost Empire (2001). Featuring two-sided imagery with a mysterious shadow figure in front of a large A, the poster was created to promote the theatrical release of the new animated film from Disney Studios. Measuring 40"x26" overall, the poster is in very good condition with very light wear.