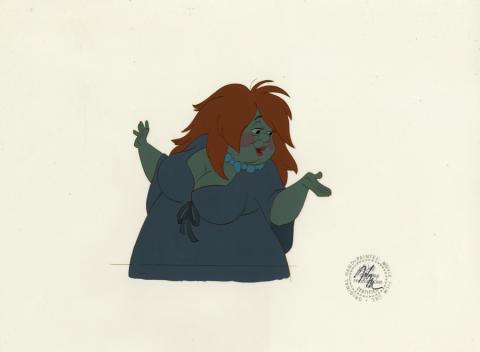 An original production cel from the Walt Disney Studios animated film The Black Cauldron (1985). Featuring Orwen, the hand-painted cel was created at the studio and used during the animation process. The piece went through Disney's art program, as is evidenced by the seal in the corner, and was laminated by the studio. Measuring 12.5"x16" overall and with the character image measuring 6.5"x6.5", the hand-painted cel is in fine condition.