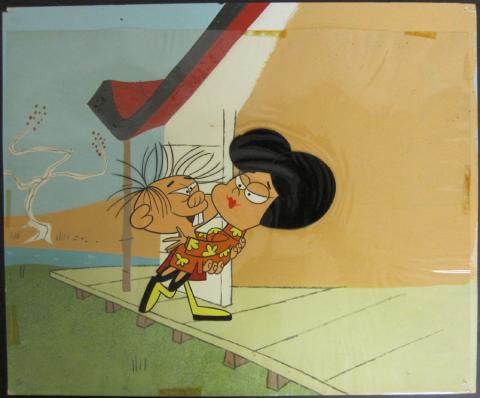 An original production cel and background setup from the Jay Ward Studios animated series Fractured Fairy Tales (1959-1961). Featuring a man carrying a woman across the threshold and into his home, the setup was created at the studio and used during the animation process. Measuring 9.75"x11.75" overall, and with a character image measuring 4.75"x5.75" on a slightly trimmed 9"x11.5" cel, the setup is in good condition.