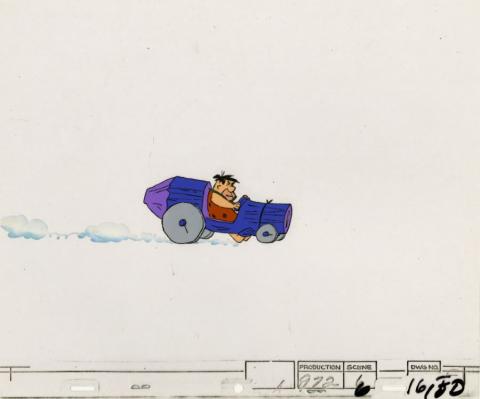 An original production cel from the Hanna Barbera Studios animated television series The Flintstones (c.1980s). Featuring an image of Fred braking hard in his purple log car, the cel was created at the studio and used during production, likely of a series from the 1980s. The piece is an actual frame of animation that was photographed and appears in a cartoon. Measuring 10.5"x12.5" overall, with the character image measuring 2"x7.5", the production cel is in very good condition with light line wear throughout, and the two cel layers have been stapled together.