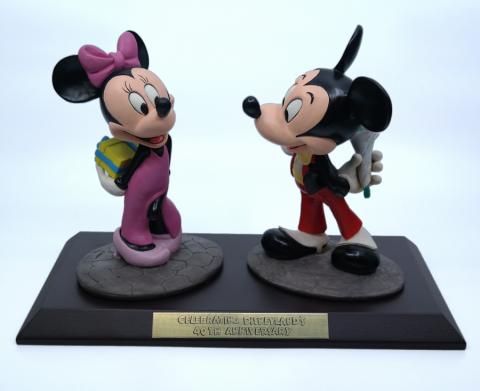 A limited edition figurine released in commemoration of Disneyland’s 40th Anniversary at the Disneyana Convention in 1995. The figurine features Mickey and Minnie Mouse dapperly dressed for the event and reads “Celebrating Disneyland’s 40th Anniversary” on the plaque at the front of the base. The reverse of the base has been hand-signed by the sculptor and dated, and also has a plaque denoting that it was released in an edition of only 1500 pieces. Measuring 12.75"x8"x7" tall, the figurine is in fine condition and comes in its original brown cardboard mailing box.