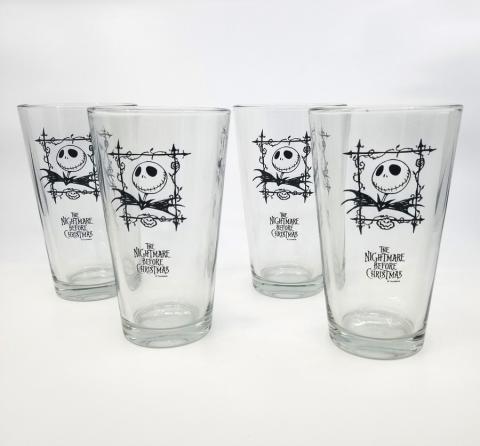 A set of Jack Skellington pint glasses from the late 1990s or early 2000s. The glasses feature printed images of Jack from Nightmare Before Christmas, as well as the film title. The early collectibles from Nightmare notably are only labeled as being a Touchstone film, until Disney realized the potential of the film's merchandising. Measuring 3.5” in diameter at their widest and 5.75” tall, the set is in very good condition.