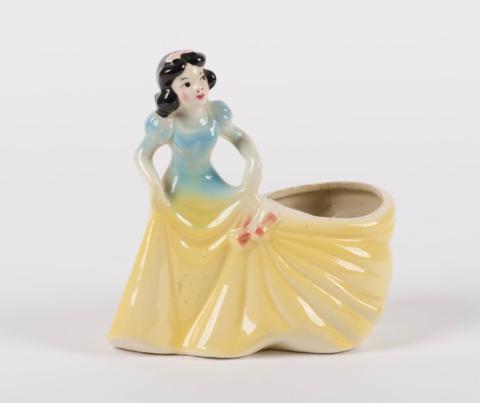 A ceramic planter inspired by the 1937 Disney Studios film Snow White and the Seven Dwarfs. The planter features Snow White, and was produced by Leeds. The design of Snow White was similarly used in other figurines by Leeds in the late 1940s, but this style of planter was also seen in Cinderella planters from the 1950s. Leeds had a license to produce Disney ceramics from 1944 to 1954 Measuring 5.75”x3.25” and 6.25” tall, the planter is in very good condition with some crazing and light wear from age.