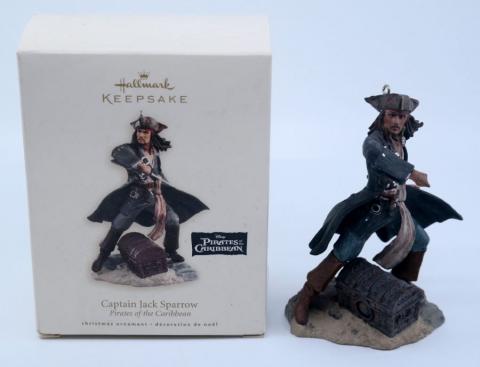 An ornament inspired by the Disney live-action film Pirates of the Caribbean: The Curse of the Black Pearl, produced by Hallmark in 2007. Featuring a swashbuckling Jack Sparrow brandishing a cutlass, likely mid-duel with Captain Barbosa, the ornament comes in its original box. The ornament measures 3”x2” and 4.5” tall and is in very fine condition in its original box which has some wear on the lid.