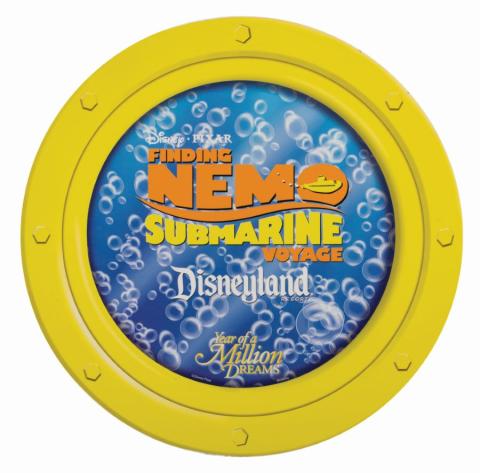 A park used Disneyland sign for the Finding Nemo Submarine Voyage attraction. The sign was used to announce the title of the forthcoming Disney and Pixar adventure at Disneyland, originally displayed during the Year of a Million Dreams celebration from 2006 through 2007. One of the first "E" Ticket attractions, the original Submarine Voyage at Disneyland opened on June 14th, 1959 and was reimagined into its current iteration in September of 1998. Measuring 18.75” in diameter, the sign is in very good condition with minor surface scuffs and scratches from park use.